Helpful Information about the Ignition Interlock Device in Whatcom County

A common, but inaccurate belief is that ignition interlock devices will turn off the vehicle’s engine if alcohol is detected. Due to the fact that this would then create an unsafe or dangerous driving situation that would expose interlock manufacturers to substantial liability, a vehicle’s engine does not turn off if a breath sample detects too much alcohol on a driver’s breath. It is physically impossible for an interlock device to turn off a running vehicle.

Ignition Interlock devices keep a running record of the activity on the unit and this record, or log, is printed out or downloaded each time the device’s sensors are calibrated, commonly at 30, 60, or 90-day intervals. In the DUI realm these records are provided to the courts for probation review and to the Washington State Department of Licensing in some instances. If Whatcom County District Court or Bellingham Municipal Court still has jurisdiction and a violation is detected the court may require the driver to re-appear and possibly face addition sanctions.

Whatcom County criminal cases may end with the requirement of an ignition interlock device.  The ignition interlock device (IID), or breath alcohol ignition interlock device (BIID), is gaining popularity in governmental circles, court systems, and advocates against the crime of driving under the influence. If you find yourself arrested for a DUI or Physical Control in Whatcom County you may indeed face a future that involves the Ignition Interlock Device.  The device is a breath test type apparatus that is connected to the vehicle’s dashboard, or more correctly to its ignition mechanism. The instrument requires the driver to provide a breath sample before allowing the vehicle to start. If the breath sample renders a clean result (i.e. a blood alcohol concentration reading below the permitted amount (calibrated at 0.025 in Washington State - RCW 204-50-030 and 204-50-070.  Alternatively, if the Whatcom County driver provides a breath sample that is over the required amount then the vehicle will not turn over and the failed attempt will be reported to the governing agency and depending on the ultimate outcome of your Whatcom County criminal case, may put you in danger of a probation violation and a meeting with the Judge on a Review Hearing.

Ignition Interlock Devices are calibrated at .025 g/210L in consideration that the device is sensitive and may detect “alcohol” that is not ingested alcohol but mouth alcohol or “alcohol” from food sources. RCW 204-50-030 & 204-50-070 Further, manufacturers warn that the device may “fail” if the area (vehicle) has cigarette smoke, if the individual has used mouthwash or toothpaste, or if the mouthpiece is wet or foggy.

Ignition Interlock Devices (IID) are sensitive devices and require constant “maintenance, repairs, calibrations, monitoring, inspection, or replacement of the device.” RCW 204-50-030; RCW 43.43.395 The Legislative now requires cameras be installed in vehicles so that Whatcom County Courts could confirm if a driver had another individual blow into the ignition interlock device to avoid detection.

If your driver's license is suspended by the DOL due to a DOL hearing loss or conviction of DUI (or reckless driving), you can still drive if you apply for and receive an ignition interlock driver's license.

If you are convicted of a DUI the DOL will send you notice to not drive a motor vehicle unless you install an ignition interlock device. 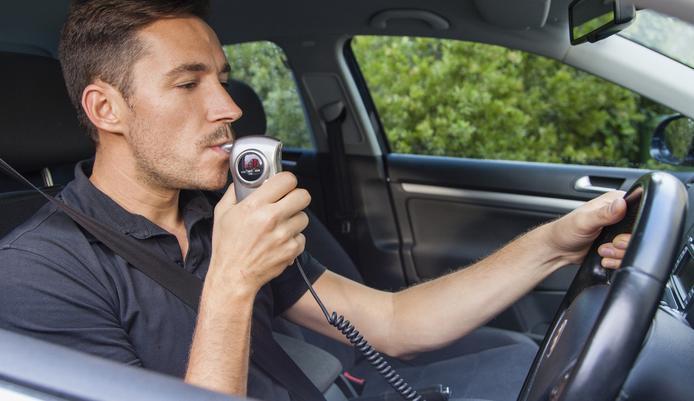